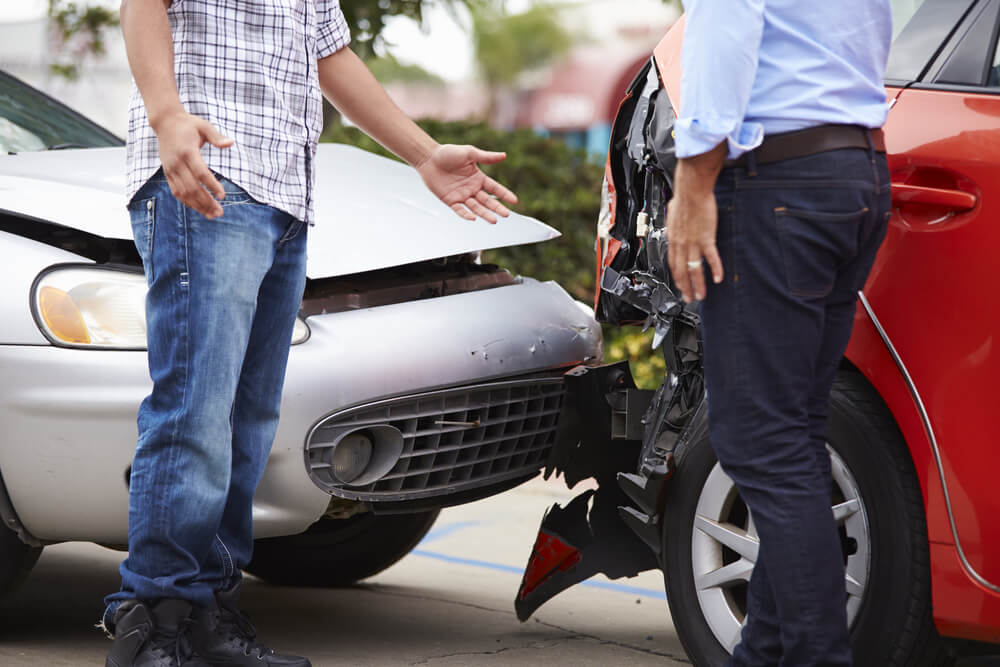 Accidents happen all the time in this country. Once it happens to you, you might be in a bit of a state of shock. You might even be injured or get too concerned about the state of your vehicle to realize that the clock has just started on determining who was at fault for the accident. You might not think this is a difficult process, but rarely does anyone ever admit to being at fault. This is especially true if there was an injury, death, or substantial damage to the vehicle, and if this is the situation you are in you may want to contact a personal injury lawyer.

Admitting fault admits liability in the situation. You’d most likely have to face higher premiums and insurance coverage. Even worse, you might be subjected to trial or be sued for damages. This is why people don’t admit to being at fault. From the moment the accident happens, the clock starts when trying to determine who caused the accident and why it happened. Was the other person negligent? Did you fail to use proper driving etiquette?

There are a lot of reasons why the accident happens, but since no one is going to jump in and say it was their fault, this is why investigations begin. The one thing you can’t do is just leave it up for the police to write a report about what happened. They weren’t there and they weren’t involved. That means if you want someone to be held liable for your injuries or damages, it’s up to you to prove who the guilty party is.

Who Is Legally Liable?

time when no one is liable. If an accident happens, there is a cause or reason why it happened. Usually, it means someone was less careful as they should’ve been. They glanced down at their fold, ran a red light, didn’t follow proper traffic procedures, etc.

Whatever the reason, negligence can cause injury, death, and substantial vehicle damage. Even a minor fender bender can cause injury. So, with this being said, it’s up to you to find out and prove who was more negligent. There are several ways the court likes to look at this. One of the first things they like to look at is whether someone acted reasonably when driving. They will just look at the person who may have caused the accident, but also whether you played any part in it as well.

Someone else might have been more liable due to their actions, but if you made a mistake or did something that helped to cause your own injury, your award may be reduced or removed altogether. Another thing to look at is whether you are injured by someone conducting their duties while on the job. For example, let’s say your head by a delivery truck driver. The court might find that the company be held liable for the injuries and damage sustained during the accident.

An accident can happen on their property or due to the fact that their delivery vehicle wasn’t maintained as well as they would be legally obligated to keep it. In this instance, you would most likely receive a large settlement, depending on what happened as a result of the accident. Either way, it was not up to you to determine anything other than you were minding your own business out of the road and someone else’s negligence caused you to be injured.

The struggle in these types of cases is determining who is at fault when multiple people and potentially involved. In the end, though, the more people are involved, the better the chance the injured person has at recovering some type of financial damages. Someone is at fault, but the work wasn’t going to have to decide who was more at fault or even whether both parties can be held liable.

Often times, the law is very clear on this type of situation. Everyone who was involved in causing the injuries of another will be held liable. That means you have the opportunity to hold everyone who caused your injury into account, not just one person and letting the other go free without paying some sort of damages.

What Happens If I’m Partly Responsible?

These types of cases may not be so cut and dry. Proving fault can be a difficult thing to do. It’s even harder to prove that someone else was 100% responsible for what happened. The other party will be doing their best to prove that you made a mistake as well. There might be evidence that comes to light that puts some of the responsibility on your shoulders. What happens then? Will that prevent you from being forward a lawsuit?

This is a term called comparative negligence. If you are partly guilty for causing the accident, you will be held partly liable. It’s only fair. The other person shouldn’t foot the total blame for what you had a hand in, even if you were injured and they weren’t. Part of the negligence was caused on your behalf, so a comparative settlement must be reached. The total reward will be proportioned according to their percentage of blame in causing the accident.

With that being said, there’s not a certain protocol for how this is determined. It’s not insurance companies have a certain percentage threshold one must meet. It comes down to you being able to prove your case that other people should be held liable in some capacity. They will be doing the same. These types of settlements are reached by negotiation between the two parties and the insurance company.

The insurance adjuster will propose to you a settlement they think is fair. You can turn it down or accept it. The choice is yours. A reasonable negotiation will take place after that. If you are partly responsible, the number may be reduced. That most likely won’t make you happy, but it’s how things are done. If you believe you deserve more money, you can take the case to court, where you’d get another opportunity to prove yourself.

What Is the Statute of Limitations to File A Personal Injury Claim in Texas?