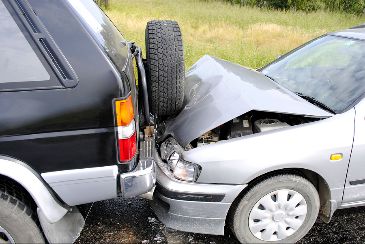 How to Prove Your Car Accident Wasn’t Your Fault?

As an auto accident law firm in Edinburg, we know that being found at fault for a car accident can have devastating effects on the amount of money (compensation for damages) that you hoped to recover. If you have suffered severe losses, you will feel considerably disappointed, especially if you feel sure you did not act with negligence.

Many innocent victims are declared guilty and responsible for a car accident because of lack of evidence. If you’ve been wrongfully harmed in a car crash, you may feel that responsibility obviously falls upon the other motorist. After all, you were at the scene of the accident to witness what happened directly. For courts in the state of Texas, however, placing liability can be much more complicated. They need strong evidence before ruling in your favor.

If you are being blamed for an accident, it is essential to know how to place fault where it belongs. Gathering as much evidence as you can should be the first thing to do after an accident and consulting a car accident attorney should be the second. Here are the types of evidence which when presented properly can strengthen your case:

-Photo evidence: Take pictures of the damage to cars (external and internal), the position of the vehicles after the collision, road conditions, weather condition, skid marks, road signs, traffic lights and your injuries. These photos can be a precious asset that can corroborate and support your version of the incident. That’s why it is vital to preserve these details by snapping pictures of them. These and similar types of evidence can all be critical in showing how a car accident occurred, and who was at fault.

-Eyewitness testimony: Witnesses can give honest accounts of exactly what they saw, which can demonstrate your lack of fault to an insurance company or a court in a lawsuit. Mesa car accidents attorneys can help you in finding the witnesses and recovering their testimonies. So it’s crucial for you to write down the details of as many witnesses as you can find. The testimony of a police officer boasts a higher standard of reputability because of their status of enforcers of the law. It makes police reports paramount.

-Video footage: All other evidence is a secondhand version or partial depiction of the actual scene, but video footage is a record of what happened, totally unbiased and unaltered. That’s what makes them the most important evidence that could exist. But obtaining video footage is very difficult because first, you must find out whether the footage exists or not. If it exists, you must find out to whom it belongs. Most of the commercial institutions in Texas keep cameras installed on their property as a safeguard against robberies and vandals, so one check if any institution in the close vicinity was rolling tape. View the footage to see if their cameras captured the accident–but do so the right away. Many companies record over their surveillance footage promptly. Texas car accident attorneys can help you in securing the evidence.

These are some of the most common forms of evidence that should be collected. But evidence is case specific, and one should be attentive and smart enough to document facts that collaborate and strengthens his/her case. After collecting evidence, residents of Texas should consult a Texas car accidents attorney, Texas wrongful death lawyer or Texas injury lawyer who can help in presenting the evidence in a constructive manner during a lawsuit. Contact Texas car accident attorneys as soon as you can after your car accident.